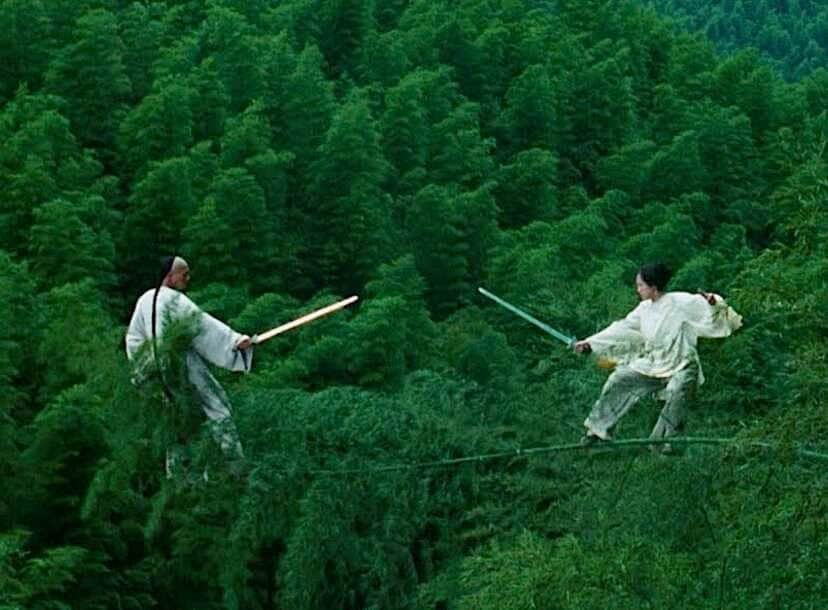 In 2000, Ang Lee directed a very famous wuxia film, Crouching Tiger, Hidden Dragon. In the movie, the performers show magical martial arts that they can glide across walls, treetops and ponds while fighting. This beautiful movie made many people interested in wuxia and Chinese kung fu. And we might ask, is the kung fu in the movie real in history? 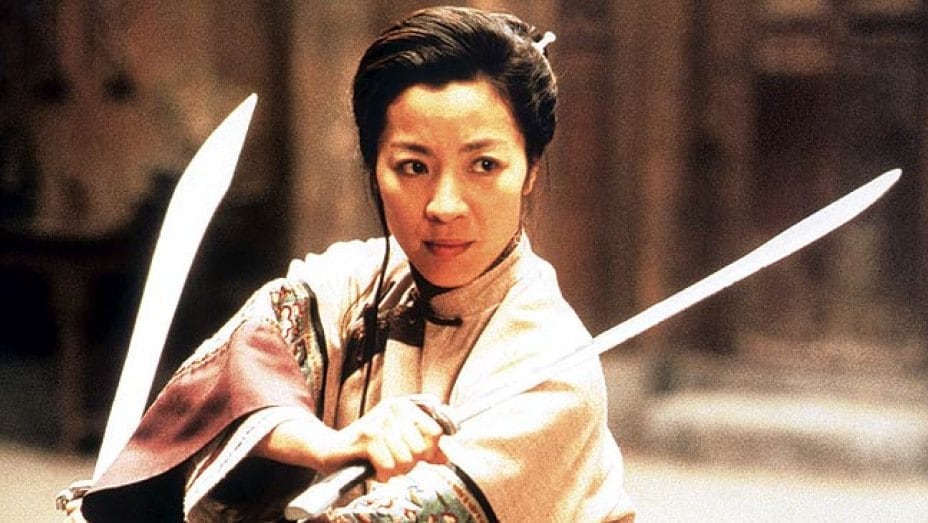 As someone who have practiced kung fu for more than 6 years, my answer is no. The real kung fu is a bit different from the movie, most of the time, we only practice Zhan Zhuang (站樁) for several hours a day instead of fighting with each other. What I l have learned is called Da Cheng Quan (大成拳), which developed by Wang Xiang Zhai (王薌齋, 1885 - 1963) in 1940s, and he is a truly notable kung fu master in history. 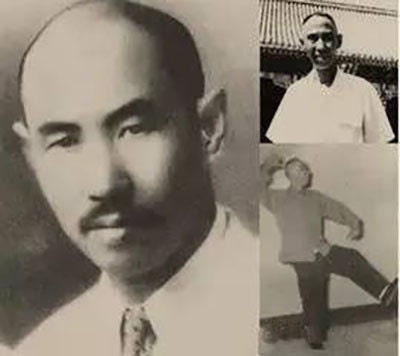 As a weak child in master Wang’s early age, he was sent to the famous Xing Yi Quan (形意拳) master Guo Yun Shen (郭雲深) to improve his health. What he learned from master Guo was only Zhan Zhuang, but he had to stand for more than 4 hours a day. Amazingly, after a decade, his body seemed to be reborn from weak to strong, and almost no rival when he was 33 years old. Then he began to teach kung fu, he noticed that many disciples only focus on the Xing (形) or posture part, not the Yi (意) part, so he first named his teaching Yi Quan (意拳) which is very popular in the world till now. In the 1940s, one of his disciples who was a journalist publicly called it Da Cheng Quan (大成拳),  which means "great achievement boxing". 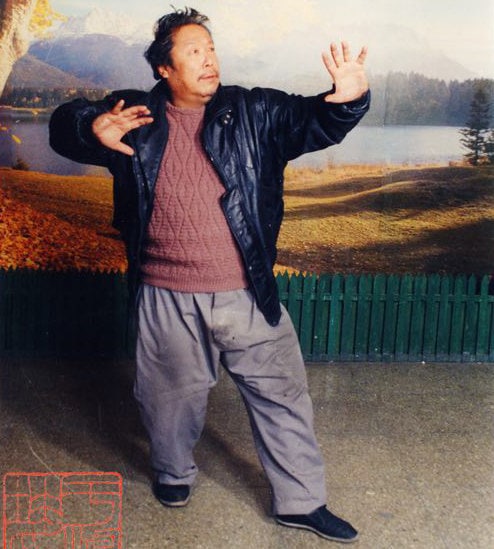 The second generation representative of Da Cheng Quan is Wang Xuan Jie (王選傑, 1938 - 2000), who is the last disciple of Wang Xiang Zhai. Master Wang Xuan Jie is more well-known internationally, and he was invited regularly by his foreign disciples in Western countries including US, Australia, France, etc. And you can also find his book - Da Cheng Kung Fu in Amazon. 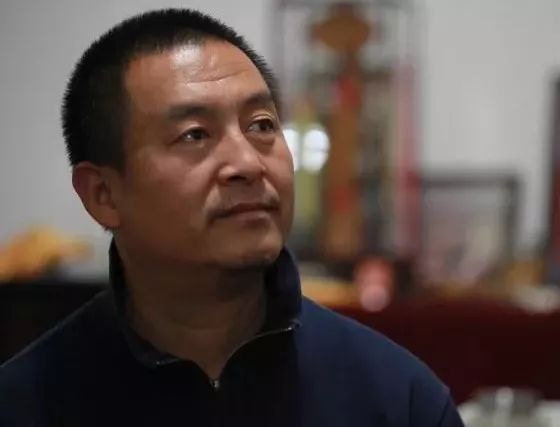 And my master, Yu Hong Kun (於鴻坤, 1964 -), was legendary in kung fu even when he was in his 20s, as he won the champion of Sanshou (散手, Chinese Kickboxing) in fifteen provinces. In 1990s, he became the disciple of master Wang Xuan Jie as the representative of the third generation. “My disciple Hong Kun, duanshou first, is the authentic inheritor of Da Cheng Quan. – Wang Xuan Jie”. 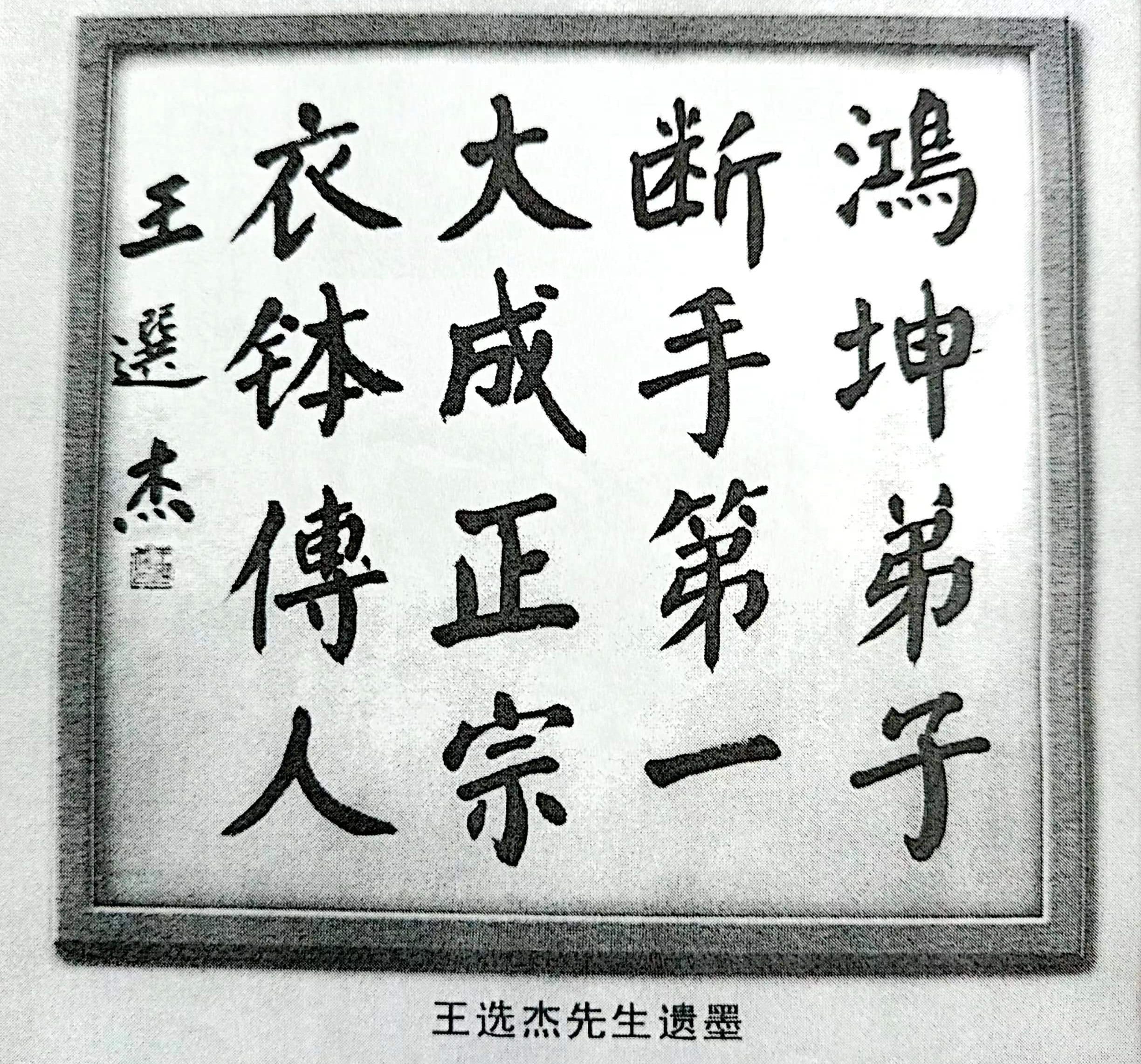 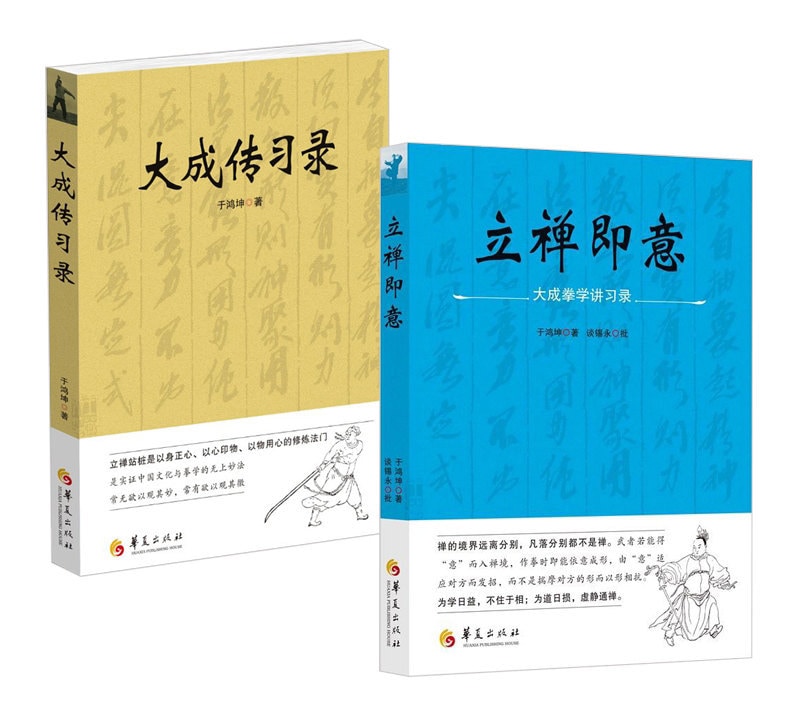 Why do I say so much about the history of Da Cheng Quan, because the core thing of real kung fu is orderly inheritance. What I learned from master Yu is the most important part passed down from generation to generation from Wang Xiang Zhai and even the earlier masters of Xing Yi Quan. That is, the core of kung fu is Zhan Zhuang, the key to Zhan Zhuang is to stand in the correct way and for enough time. 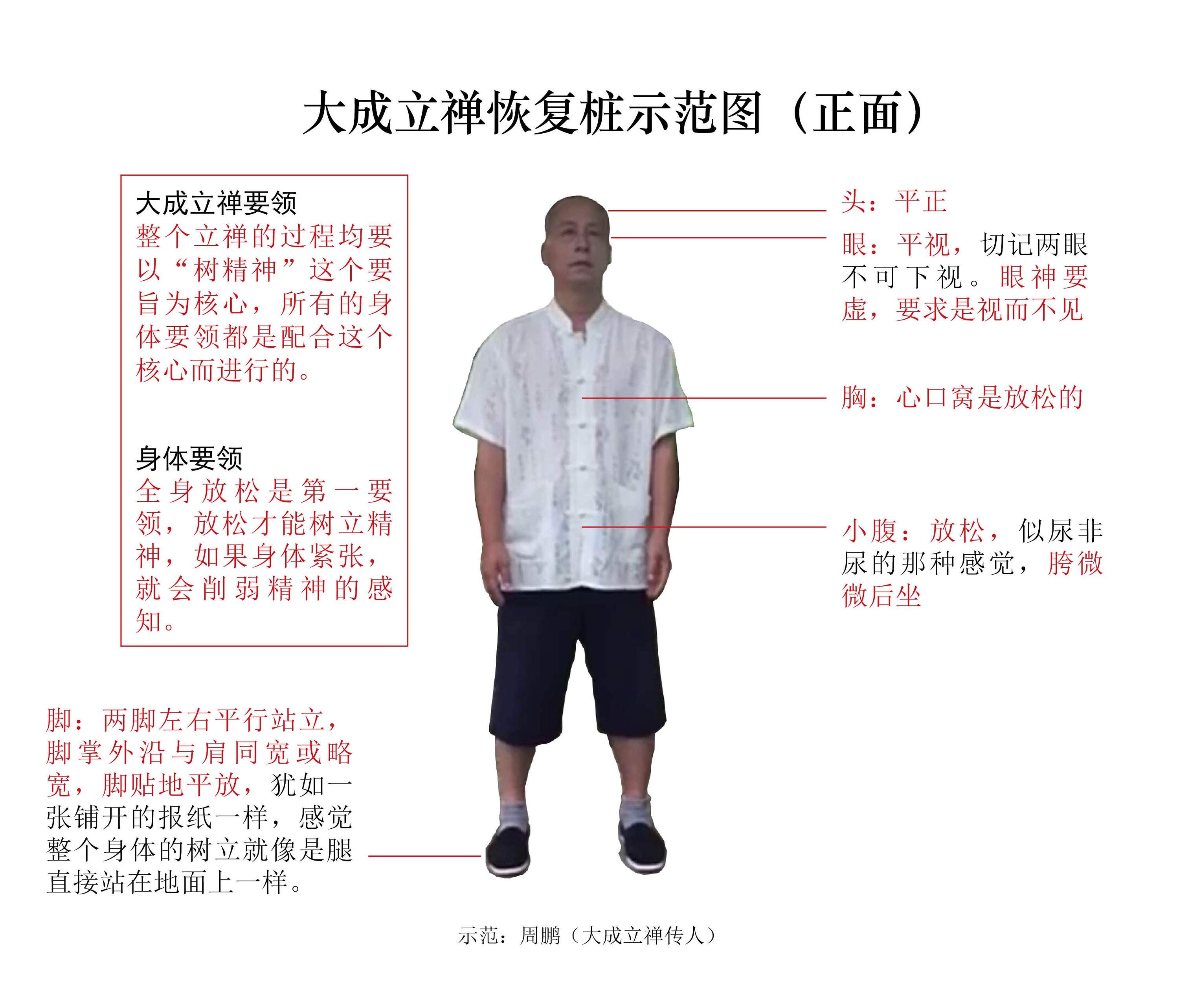 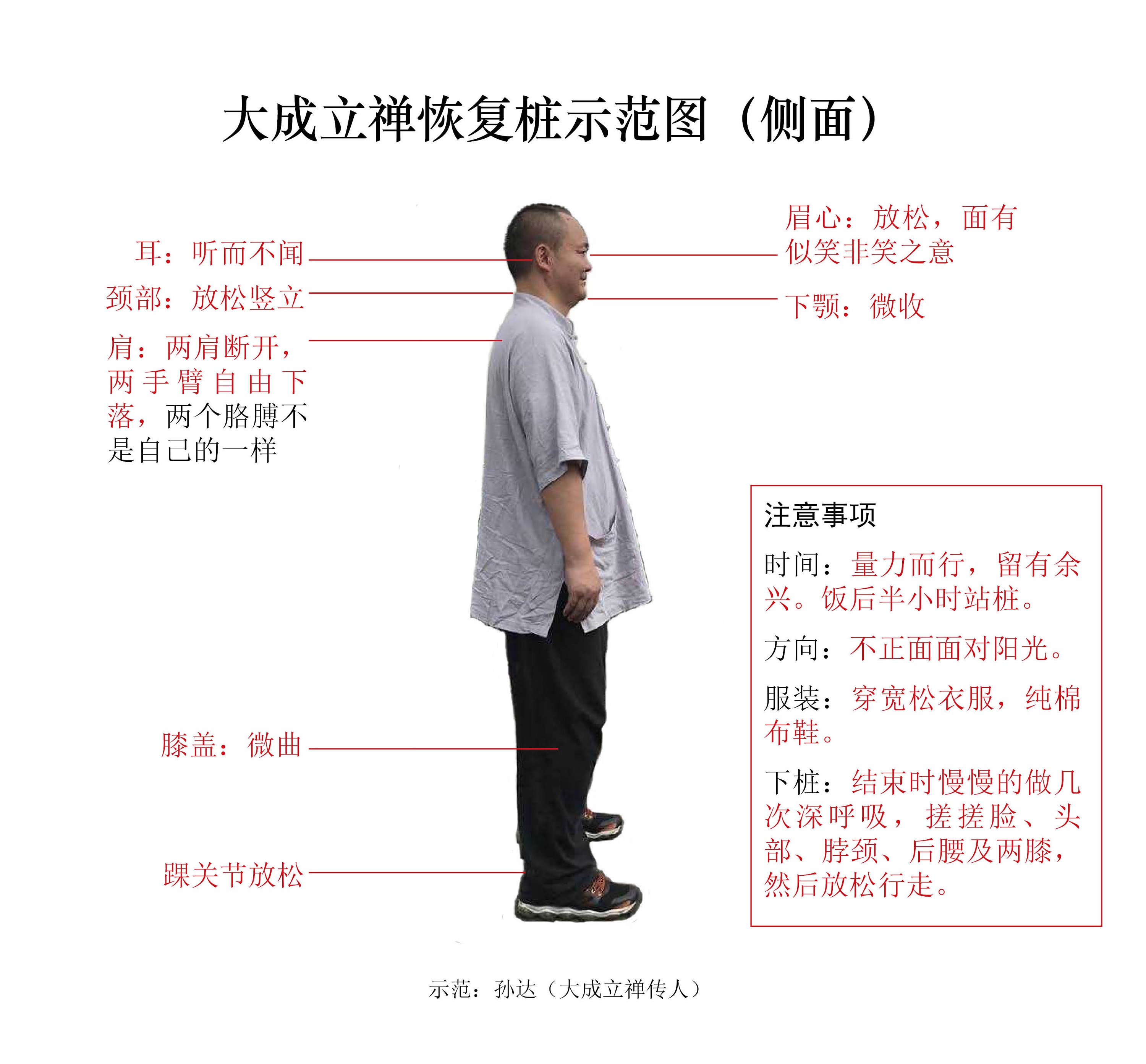 However, easy to say, very hard to do, master Wang Xiang Zhai said, we need to practice Zhan Zhuang four hours a day, because the effect of Zhan Zhuang can reach the skin after one hour, two hours to the muscles, three hours to the bones and only four hours it can arrive at the marrows. Only by practicing like this every day can we be reborn and return to the original state of the body. Importantly, we need to stand correctly during that period of time. 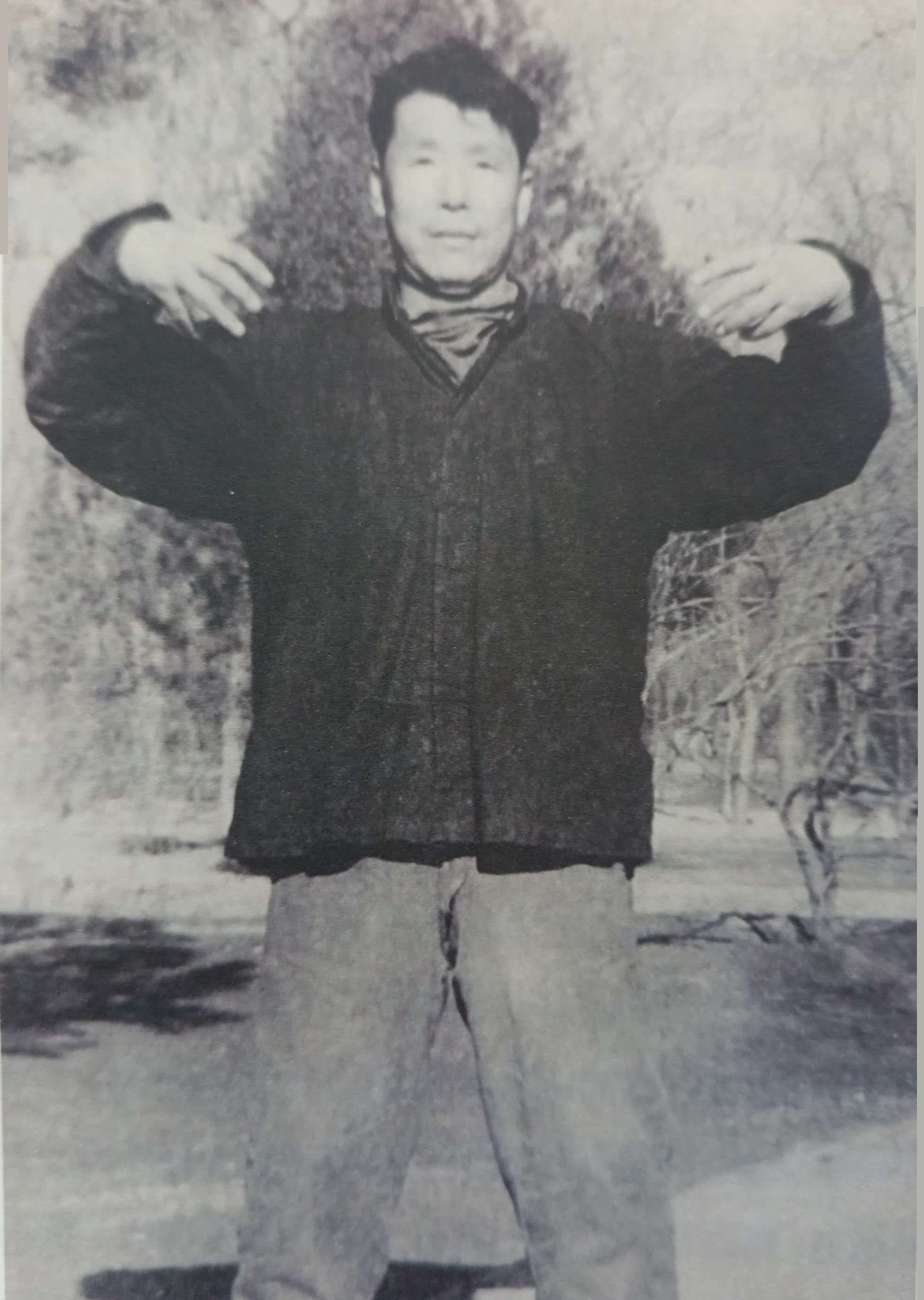 I have learned from master Yu and practiced Zhan Zhuang since 2016, and I gradually understand what master Wang said. As I remembered, the first time I visited master Yu at Beijing, he told me to stand in front of tree every day, then told him what’s the difference between human and tree. Since that day, I began to stand in front of the tree one hour a day and tried to think about the difference for a whole year, but didn’t get the answer. 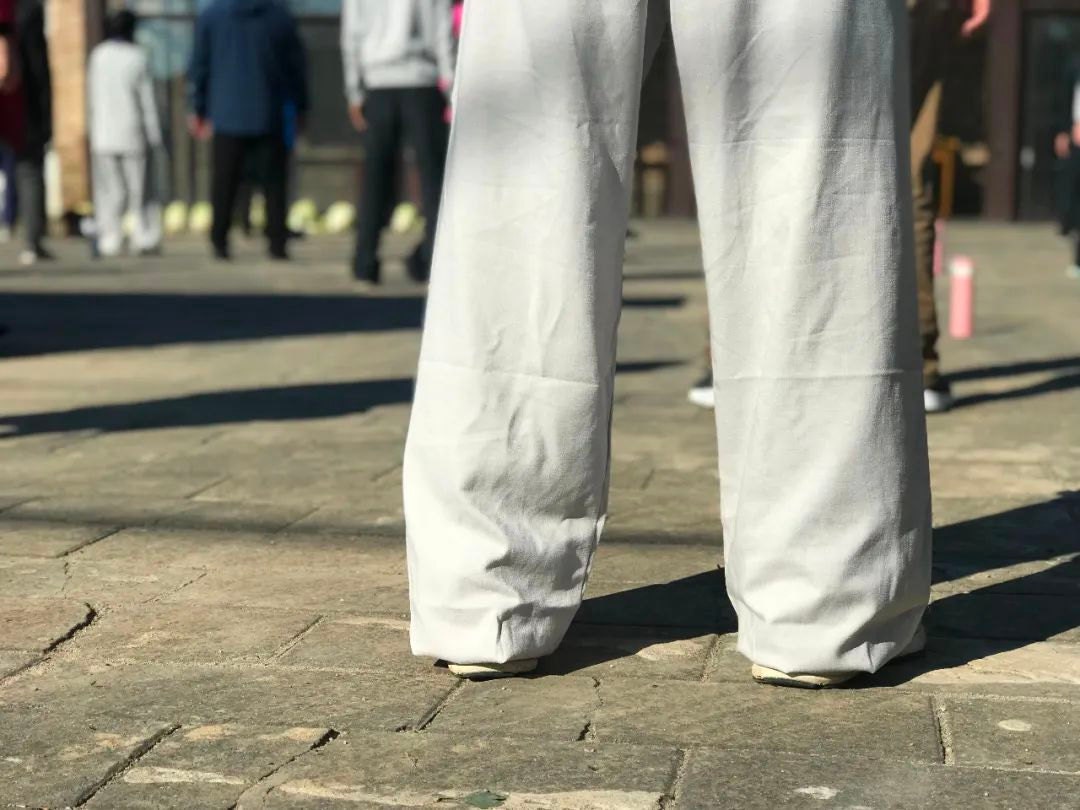 Until 2017, I participated in the 7-day Zhan Zhuang Camp at master Yu’s place, to stand 10 hours a day together with other brothers and sisters for 7 days. Every early morning, I standed on the ground like a tree and saw the sun rise on my left and set on my right, as if I was part of the environment. On the 3rd day, my feet were completely numb with pain, and couldn’t move a step. The situation got even worse on the 4th day, except for my feet, my back got another kind of unbearably pain to let me cry. I don't even know, how did I stick to the end of that Camp, amazingly, the pain was gradually gone and I could feel all the channels were opened in my body on the last day. 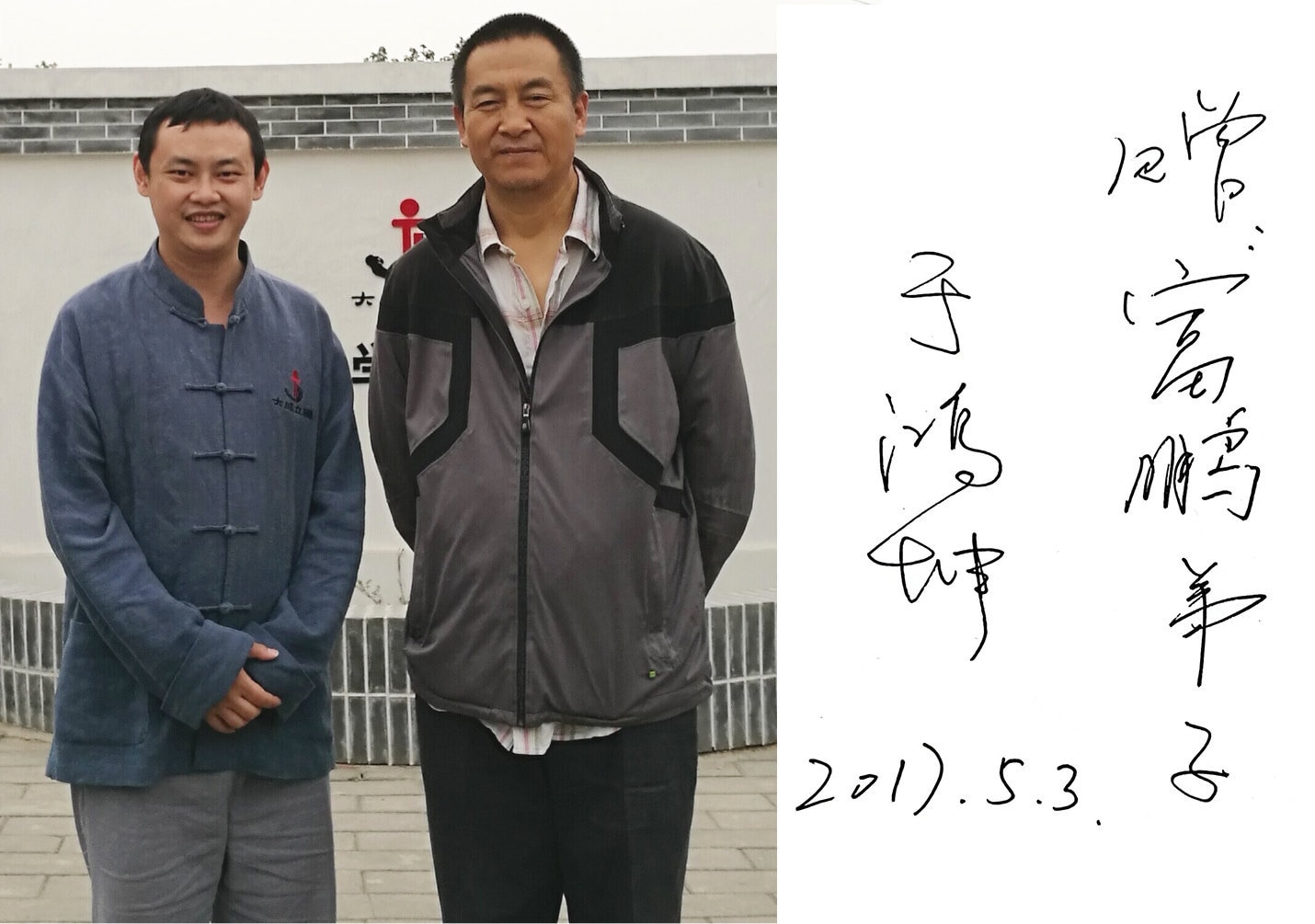 And I started to hear the pulse under my skin, and my body was full of Qi and strong as a tiger. If someone standed in front of me that time, I would easily knock him down with one pouch. I could even feel the grass was growing, grasshopper was chirping, and my eyes, nose, ears were more sensitive than before. Another wonderful experience, as I breathed in, I could feel some energy from the earth flow through my feet, my back, then into the air, and when I breathed out, the energy from the sky, also flow through my head, chest, legs, and back to the earth. Following the breath, my body became the connection between heaven and earth. Amazing! Zhan Zhuang, is such a simple gesture, but a huge change in my body after the 7-day camp. 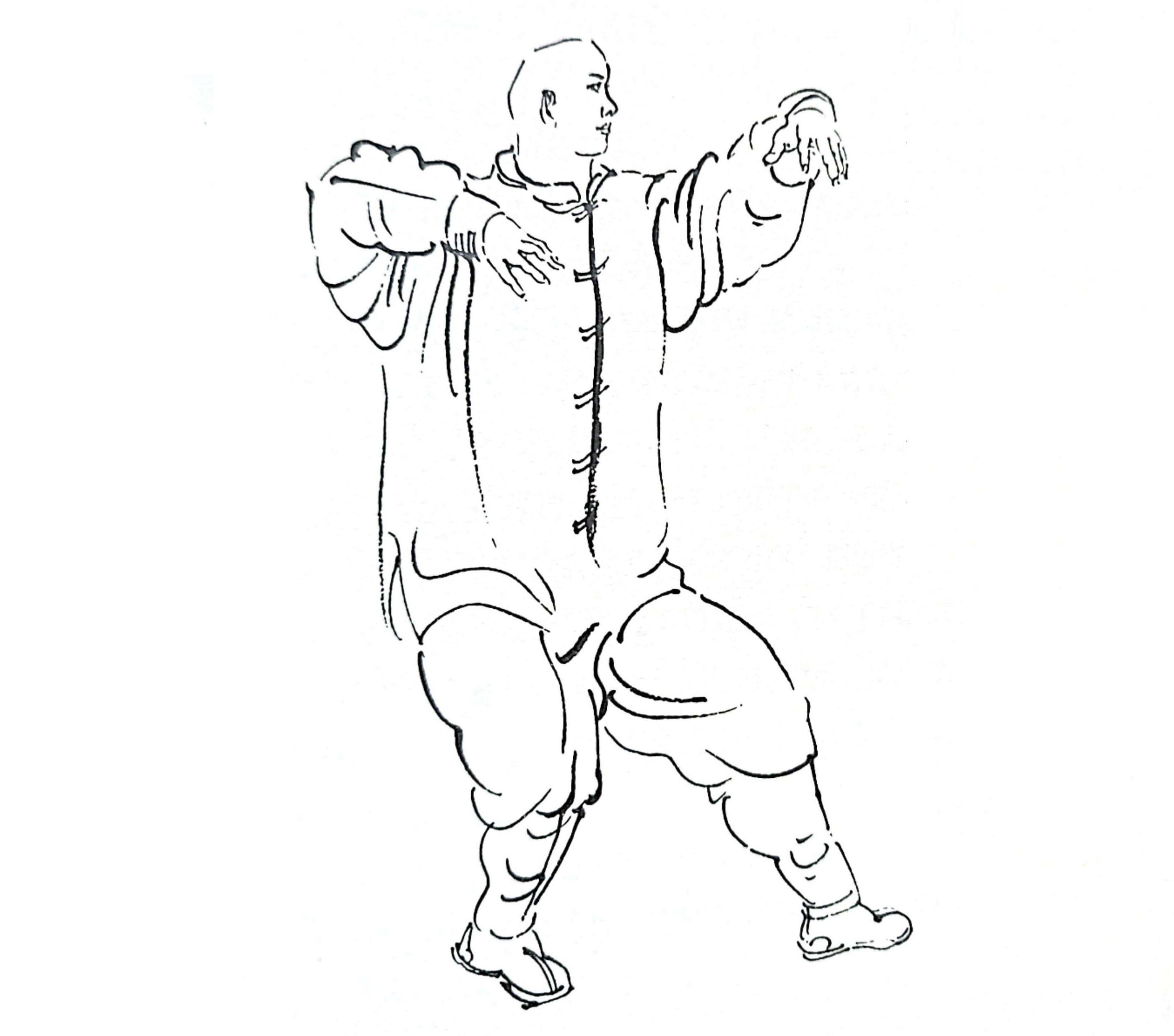 Looking back now, it was an incredible journey I have ever experienced. And I finally found the answer to maser Yu. There is a story in Zhuangzi (莊子), it mentions an ancient tree called “Chun (椿),” which has a very long lifespan, beyond our imagination. 8,000 years is just a season for it. But it is ancient to even the oldest human being, Peng Zu (彭祖), who according to Chinese legend, lived to be 800 years old. Why can this tree live so long and what is the main difference between trees and people? We will find that only the tree has always been connected with the heaven and earth. The life force from heaven and earth is continuously flowing into its body, but our human being cannot. Only when we practice Zhan Zhuang or meditation occasionally do we instantly experience the feeling of being a tree to gain energy directly from mother nature. This is the biggest difference between human and tree. 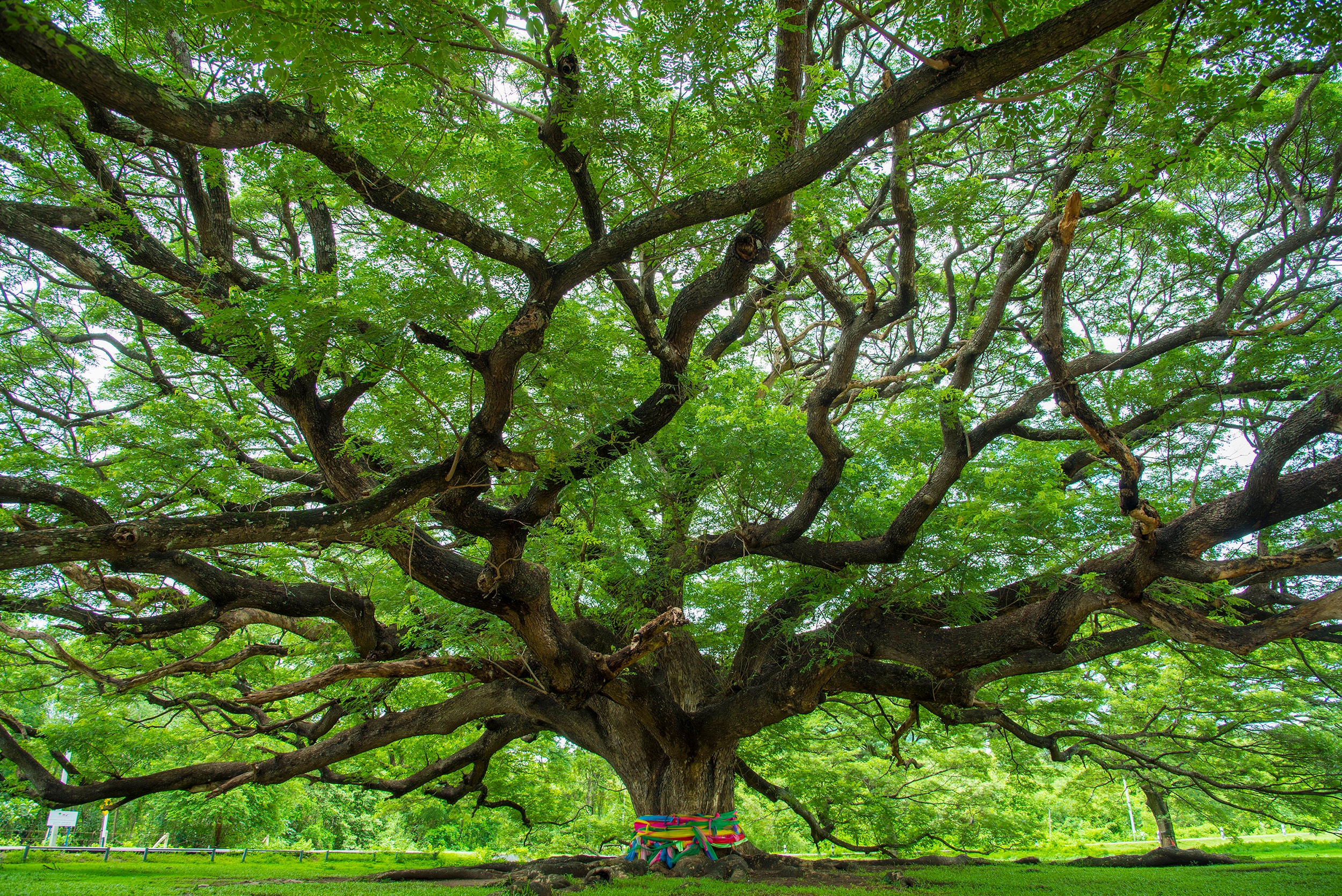 Why did we lose that connection? Especially the modern people who live in the city, we are farther and farther away from nature, and we pay more and more attention to the material world and human designed rules, forgetting where we are from and the laws of nature. 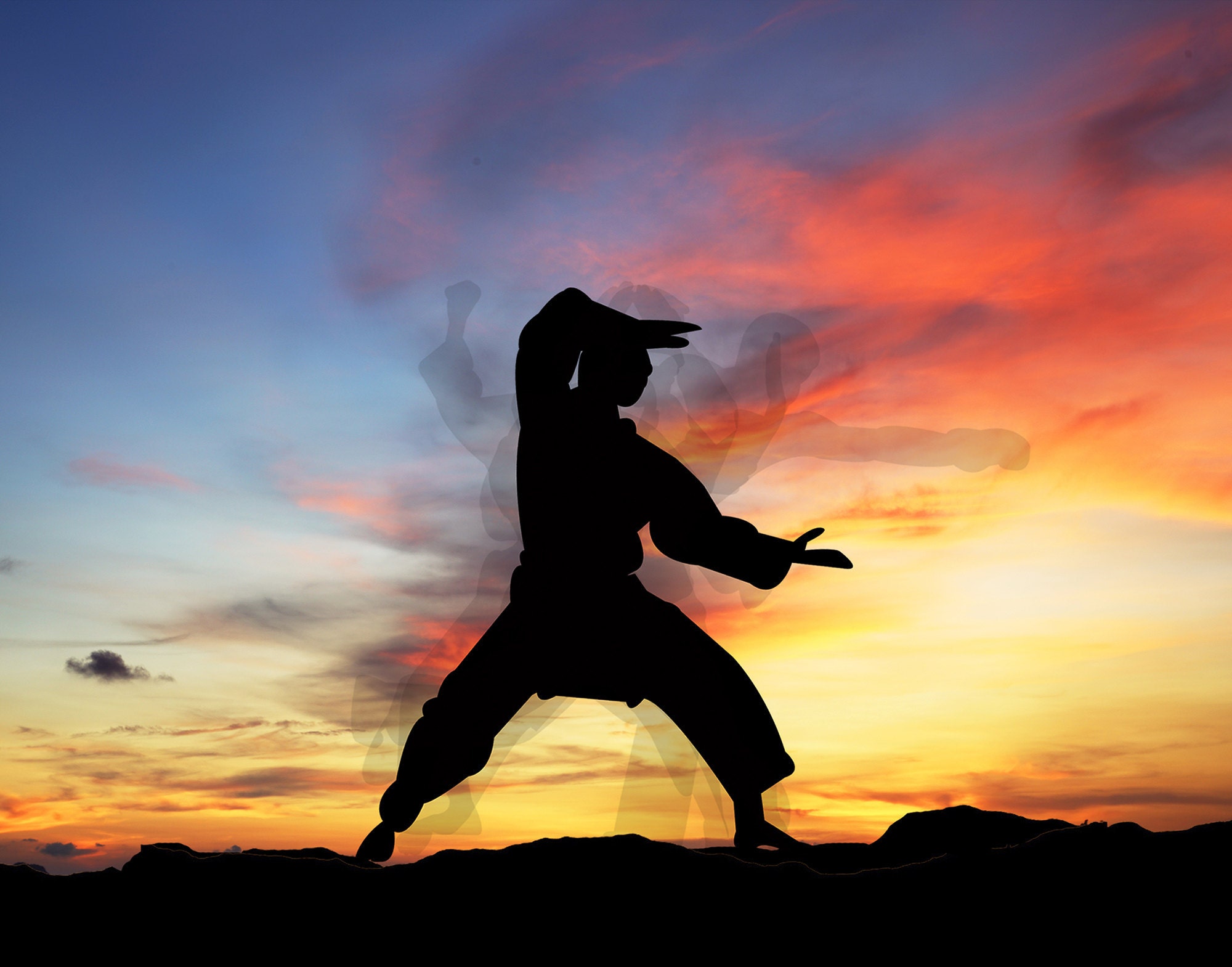 Now it’s the time to look at the wisdom of our ancestors again, they invented excellent lifestyles such as tea, incense, guqin, calligraphy, and kung fu. All of them are based on the same philosophy, which is unity of man and nature. And the real kung fu is not flying over the treetop or fighting, it’s an ancient stand meditation that helps us reopen our blocked channels and reconnect with mother nature again.